(13 September 2022 update, I think the title of this entry was misleading. The prints are from negatives developed with seasoned X-tol, the prints were developed with normal paper dev. If you read this previously, the title is updated to reflect that reality.)

Joke all you like. I'm a.... how does one politely put it.... frugal fellow. I've been looking into the least expensive means of developing film for a while. I'd been trying to use my thrifty skills on behalf of the school where I work (Mills College, which clearly didn't work out as we're working on shutting down.) For school I've had the lab setup to use HC-110 dilution E (1:47 from syrup, or 1:9 from stock.) 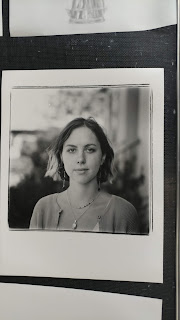 HC-110 dilution E ended up being good solution for our school darkroom. Paterson tanks require 10oz per roll of 35mm, and 1:9 dilution makes math easy. And it costs about 25% of the developer we were using when I started. 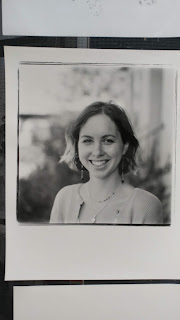 I like HC-110 ok. It works well for stand development. It's economical. It lasts seemingly forever. But it is NOT compensating. And some of the most common budget films are a bit on the contrasty side (FOMA for example.) 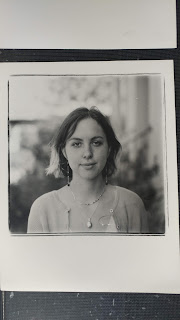 Doing some research I found that you can replenish Xtol with fresh Xtol. And you can allegedly keep going forever just by pouring our 75mm per roll of 35mm x 36 or equivalent. So I gave it a try. 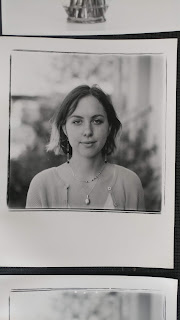 I already like Xtol. But I've only used it 1:1 and 1:2. For the seasoned recipe, you have to continually use straight seasoned developer, and I was curious how that would look in the real world. Turns out I like it a lot! 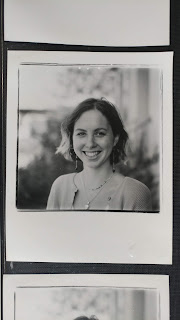 These are some examples - portraits of my daughter Ella. These were taken with my Mamiya C330 on Ultrafine (e)Xtreme 100 film which I believe to be Kentmere. I shot the whole roll the same, close up of Ella with a Mamiya Sekor 105mm lens at f4 - 1/250th (if memory serves.)

All the prints were made with some paper that was in a big 250 sheet box labeled Agfa Portriga Rapid grade 4. But I don't believe that's the paper that was inside. For anybody who's printed on Portriga, it has a rich warm brown tone, this paper is neutral. It's from a bunch of paper a former teacher here at Mills gave me that came from Rondal Partridge's darkroom when he stopped printing. 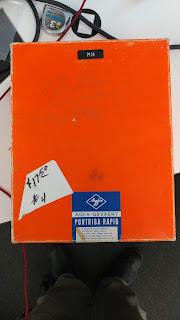 Rondal Partridge was the son of Imogen Cunningham, and both were family friends I later found when telling this story. My Grandfather Hal (Milton) Halberstadt even lived right next to the Partridges at one point and my dad grew up knowing Rondal (Ron) quite well as a kid. Or that's the family lore. 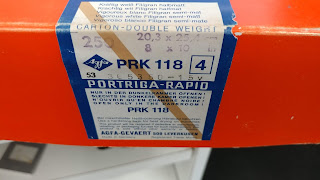 In any case, the paper is nice, wish I knew what it was. I do really like the tonality of this series (samples on the drying rack at school.) Something magical seems to be happening leaving plenty of room in the shadows and the highlights.

June 15, 2017
Here's a sheet I got from writing ORWO Technischer Kundendienst back in the 1980's. It lists development times for all the ORWO Black and White films sold for export at the time (NP15, NP22, NP 27) combined with western developers Microphen, Atomal, Rodinal, Refinal, D-76, & ID-11. A little bit of ORWO history- Germany's big photo film/paper manufacturer up until Germany's losing WWII was AGFA (short for  A ktien G esellschaft F ür A nilinfabrikation - or corporation for some sort of plastic manufacture.) Germany was occupied by the winning powers USSR/USA/GB/FR and the rift between the USSR led to some complications for industries. Depending on your view of history the US and western allies were much friendlier to the land they occupied (remember the USSR lost many millions of their citizens to the NAZIs which made them much less tolerant.) In any case, some factories in the east moved to the west with many key employees. Most photo enthusiasts know of the t
Post a Comment
Read more