June 07, 2020
The Gods of Analog have been generous to me of late. The world around us may be falling apart. But I was given a ton of weird photosensitive materials. In the recent past I also acquired two 5x7 cameras, and gradually have been working with them. 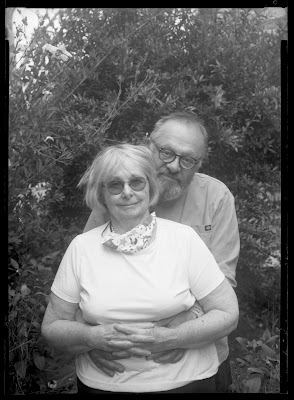 My uncle gave me a Seneca 5x7 camera, a truly old school wooden camera with a lens of the type that requires a bulb release that you squeeze and the air triggers the shutter. It's a nice, compact lightweight camera slimmer and lighter than most of my 4x5's. 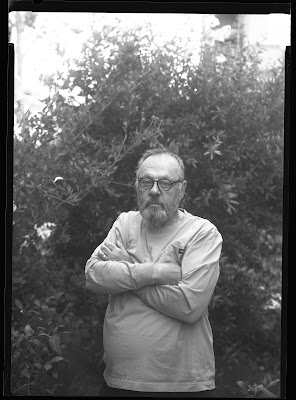 Processing of the films has been a bit of a challenge. I bought a reel from e-bay that in principal seems good. But 5x7 film on a reel tends to bend quite a bit. And getting the films on the right rung on the reel proves difficult, especially in a film tent.
I'll end this here, but just wanted to share my love for the 5x7 film format.