Fun Mistakes and Other Experiments

May 24, 2020
During the Covid Crisis, I'm bunkered down at home unable to use the college lab I manage. So I've been developing film in my films in the laundry room again with my trusty old JOBO tanks. School was wrapping up and a student found a holder with film in them and I offered to process.
I can process 12 sheets at a time with my Jobo and I'm lazy, so I try to fill it and use semi-stand. So I took her two  sheets and found a few of mine to process and made a few to at least get close to the capacity of the tank.
Also, recently I "repaired" my old Sakai (Toyo) half plate camera that was converted to 4x5. My high school teacher, Vince Bernucci at Independence High School was kind enough to give this to me in the mid 1980's. At some point the ground glass got broken and recently it occurred to me that I had a transplantable one I could replace it with. The bellows was also all squished up, and I sort of managed to partially straighten that out. 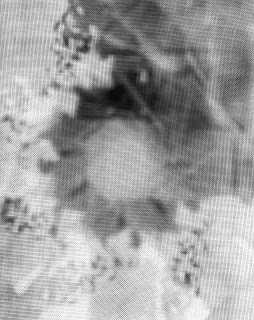 Unlike some of my cameras, the back on the Sakai rotates without locks of any kind. And I wanted to try an experiment mimicking a trick I did in the darkroom not long ago. That darkroom trick involved printing a negative I took of our front door screen with the church across the street blurry in the distance, and flipping the paper and exposing a second time. 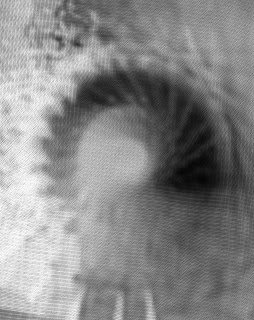 I was quite happy with the results, and thought up this idea. Take a similar photo, but double or multiple expose the neg, rotating the back. 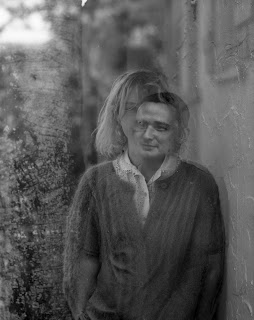