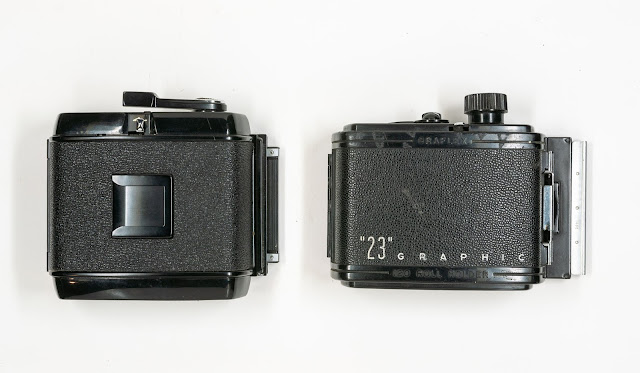 Recently my dad gave me his Mamiya RB67. Since then I’ve been doing lots of research about what parts fit which system. It’s not as straight forward as you might expect. In the decades since the first Mamiya RB67 there have been lots of variations and a few more modern models. Some parts are interchangeable. Some are not.

When looking for a budget film back, I came upon a forum hinting that the old American Singer/Graflex backs also fit the RB system. And while I was at Looking Glass in Berkeley, I saw one of those backs for just $20. And it so happened I had the RB in the car.

So I tried it on. And indeed it fit. However, while in the shop I couldn’t figure how to get it off. The sliders that release the back wouldn’t budge. Guess I’ll be buying it I told the gal at the register.

So the back appears to work fine. But there are some quirks. First off, I found how to release the back: there are two little metal tabs opposite the lock that holds the back in place. Press the tab and simultaneously push the slider and it will unlock.

In testing the back I’ve found a few other quirks: 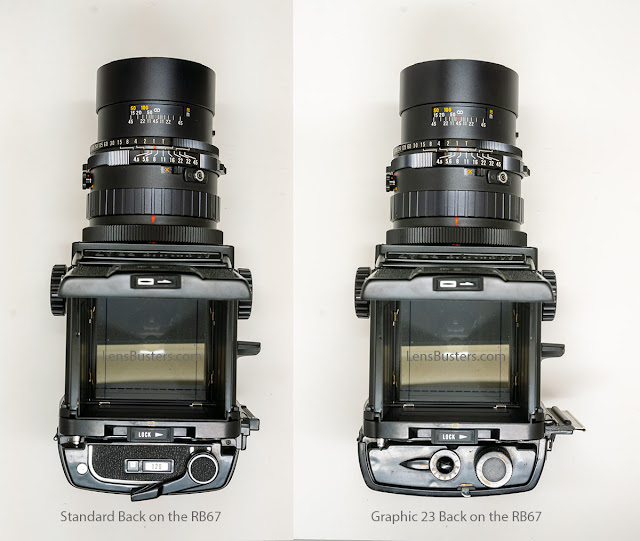