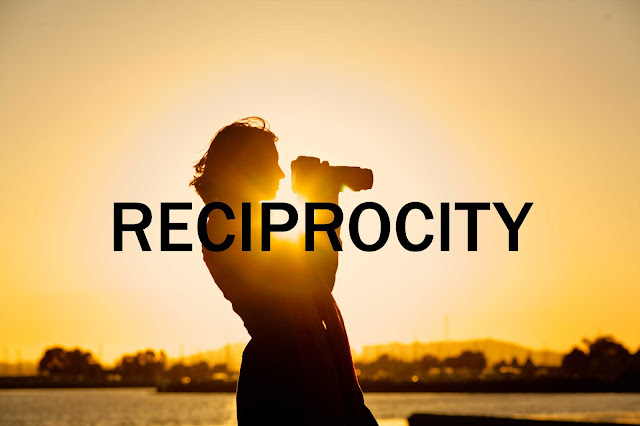 There are two competing variables in making a properly exposed negative (actually three I guess if you count film speed.) But if you're just getting started with film photography you may have heard of reciprocity as it pertains to exposure.

By the way reciprocity should not be mistaken for a shortening of reciprocity failure as I often hear people mis-speak.

Another thing for photo newbies to note: the way aperture values are marked is somewhat counter intuitive. As the aperture size increases, the number gets smaller. Lenses are usually described by their focal length and their maximum aperture. So a standard old-skool lens for 35mm film is the 50mm lens, and probably the most common maximum aperture is f2. What the f2 is describing is when the aperture is all the way open, the hole measures half of the focal length: 1/2 of 50mm = 25mm.  As you click down the scale on a 50mm lens, the aperture (the size of the hole of the iris) measures:

Not to say that you remembering any of those numbers is important, but it might be helpful to understand. Especially why a number that goes up means more.